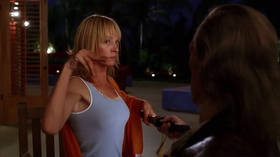 The ongoing spread of the coronavirus epidemic has also triggered vast epidemics of ideological viruses which were laying dormant in our societies: fake news, paranoiac conspiracy theories, explosions of racism. The well-grounded medical need for quarantines found an echo in the ideological pressure to establish clear borders and to quarantine enemies that pose a threat to our identity. But maybe another – and much more beneficial – ideological virus will spread and hopefully infect us: the virus of thinking about an alternate society, a society beyond nation-state, a society that actualizes itself in the forms of global solidarity and cooperation.

Speculation is often heard today that the coronavirus may lead to the fall of communist rule in China, in the same way that (as Gorbachev himself admitted) the Chernobyl catastrophe was the event which triggered the end of the Soviet communism. But there is a paradox here: the coronavirus will also compel us to re-invent communism based on trust in the people and in science.

In the final scene of Quentin Tarantino’s ‘Kill Bill 2,’ Beatrix disables the evil Bill and strikes him with the “Five Point Palm Exploding Heart Technique” – the most deadly blow in all of martial arts. The move consists of a combination of five strikes with one’s fingertips to five different pressure points on the target’s body. After the target walks away and has taken five steps, their heart explodes in their body and they fall to the ground.

This attack is part of martial arts mythology and is not possible in real hand-to-hand combat. But, back to the film, after Beatrix does it, Bill calmly makes his peace with her, takes five steps and dies…

What makes this attack so fascinating is the time between being hit and the moment of death: I can have a nice conversation as long as I sit calmly, but I am all this time aware that the moment I start to walk, my heart will explode and I will drop dead.

Is the idea of those who speculate about how the coronavirus epidemic could lead to the fall of communist rule in China not similar? Like some kind of social “Five Point Palm Exploding Heart Technique” on the country’s communist regime, the authorities can sit, observe and go through the motions of quarantine, but any real change in the social order (like trusting the people) will result in their downfall.

My modest opinion is much more radical: the coronavirus epidemic is a kind of “Five Point Palm Exploding Heart Technique” attack on the global capitalist system – a signal that we cannot go on the way we were up until now, that a radical change is needed.

Sad fact, we need a catastrophe

Years ago, Fredric Jameson drew attention to the utopian potential in movies about a cosmic catastrophe (an asteroid threatening life on Earth, or a virus killing humanity). Such a global threat gives birth to global solidarity, our petty differences become insignificant, we all work together to find a solution – and here we are today, in real life. The point is not to sadistically enjoy widespread suffering insofar as it helps our cause – on the contrary, the point is to reflect upon a sad fact that we need a catastrophe to make us able to rethink the very basic features of the society in which we live.

The first vague model of such a global coordination is the World Health Organization, from which we are not getting the usual bureaucratic gibberish but precise warnings proclaimed without panic. Such organizations should be given more executive power.

Bernie Sanders is mocked by skeptics for his advocacy of universal healthcare in the US – is the lesson of the coronavirus epidemic not that even more is needed, that we should start to put together some kind of GLOBAL healthcare network?

In this, he was right – we are all in the same boat. It is difficult to miss the supreme irony of the fact that what brought us all together and pushed us into global solidarity expresses itself at the level of everyday life in strict commands to avoid close contacts with others, even to self-isolate.A day after Iran’s Deputy Health Minister Iraj Harirchi appeared at a press conference in order to downplay the coronavirus spread and to assert that mass quarantines are not necessary, he made a short statement admitting that he has contracted the coronavirus and placed himself in isolation (already during his first TV appearance, he had shown signs of fever and weakness). Harirchi added: “This virus is democratic, and it doesn’t distinguish between poor and rich or between statesman and an ordinary citizen.”

And we are not dealing only with viral threats – other catastrophes are looming on the horizon or already taking place: droughts, heatwaves, massive storms, etc. In all these cases, the answer is not panic but hard and urgent work to establish some kind of efficient global coordination.

The first illusion to dispel is the one formulated by US President Donald Trump during his recent visit to India, where he said that the epidemic would recede quickly and we just have to wait for the spike and then life will return to normal. Will we only be safe in virtual reality?

Against these all too easy hopes, the first thing to accept is that the threat is here to stay. Even if this wave recedes, it will reappear in new, maybe even more dangerous, forms.

For this reason, we can expect that viral epidemics will affect our most elementary interactions with other people and objects around us, including our own bodies – avoid touching things that may be (invisibly) dirty, don’t touch hooks, don’t sit on toilet seats or public benches, avoid embracing people or shaking their hands. We might even become more careful about spontaneous gestures: don’t touch your nose or rub your eyes.

So it’s not only the state and other agencies that will control us, we should also learn to control and discipline ourselves. Maybe only virtual reality will be considered safe, and moving freely in an open space will be restricted to the islands owned by the ultra-rich.

But even here, at the level of virtual reality and internet, we should remind ourselves that, in the last decades, the terms “virus” and “viral” were mostly used to designate digital viruses which were infecting our web-space and of which we were not aware, at least not until their destructive power (say, of destroying our data or our hard-drive) was unleashed. What we see now is a massive return to the original literal meaning of the term: viral infections work hand-in-hand in both dimensions, real and virtual.

Another weird phenomenon that we can observe is the triumphant return of capitalist animism, of treating social phenomena like markets or financial capital as living entities. If one reads our big media, the impression one gets is that what we should really worry about are not thousands who already died (and thousands more who will die) but the fact that “markets are getting nervous.” The coronavirus is increasingly disturbing the smooth running of the world market and, as we hear, growth may fall by two or three percent.Return of capitalist animism

Does all this not clearly signal the urgent need for a reorganization of the global economy which will no longer be at the mercy of market mechanisms? We are not talking here about old-style communism, of course, just about some kind of global organization that can control and regulate the economy, as well as limit the sovereignty of nation-states when needed. Countries were able to do it against the backdrop of war in the past, and all of us are now effectively approaching a state of medical war.

Plus we should also not be afraid to note some potentially beneficial side effects of the epidemic. One of the symbols of the epidemic is passengers caught (quarantined) on large cruise ships – good riddance to the obscenity of such ships, I am tempted to say. (We only have to be careful that travel to lone islands or other exclusive resorts will not become again the privilege of the rich few, as it was decades ago with flying.) Car production is also seriously affected by the coronavirus – which is not too bad, as this may compel us to think about alternatives to our obsession with individual vehicles. The list goes on.

What if the opposite is true? If we designate as “liberals” all those who care for our freedoms, and as “communists” those who are aware that we can save these freedoms only with radical changes since global capitalism is approaching a crisis? Then we should say that, today, those who still recognize themselves as communists are liberals with a diploma – liberals who seriously studied why our liberal values are under threat and became aware that only radical change can save them.In a recent speech, Hungarian Prime Minister Viktor Orban said: “There is no such thing as a liberal. A liberal is nothing more than a communist with a diploma.”

Bitcoin and the Tyranny of Time Scarcity

Alain Badiou on the COVID-19 Pandemic

The Secret Teachings of All Ages by Manly P. Hall

Bitcoin is Growing Rapidly: Don’t Miss This Opportunity to Benefit From the Rise

The Ultimate Kernel of Deleuze’s Ontological Proposition: Univocity of Being 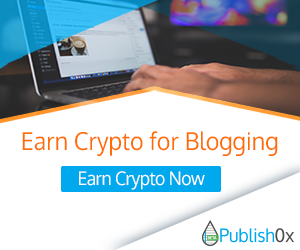 The Book of Nihil